Nick was Chairman of The Poseidon Club and OUSWPA; he enjoyed meeting both new and old members at various Varsity Matches and dinners. In 1998, Nick co-founded the Oxford-Cambridge Channel Varsity Relay with good friend Martin Davis. Nick has been hugely involved in the running of this event over the last 22 years and has been a continuous source of support for both the Oxford and Cambridge teams.

The channel relay is set to go ahead in 2021 (having been postponed for a year due to Covid-19), and in honour of Nick T we have decided to raise money for Cancer Research UK, a charity which is close to his and his family’s heart.

Nick was a great friend to all members of OUSWPA and his constant support will be greatly missed. Our thoughts are with his family at what must be an incredibly difficult time.

Nick Thomas is a name, and character, synonymous with OUSC. As a first year, I was so excited to meet the man behind the stories… and, of course, that UnIQUe TyPInG! As a finalist and the Women’s Captain of the club, I was so grateful for Nick’s constant enthusiasm and support and I know that feeling is shared by many. Nick’s energy and love for OUSC was like no other and has seen the club flourish in the decades since he joined.

I am privileged to have been involved with perhaps Nick’s proudest achievement within OUSC, the Varsity Channel Relay. Nick founded this monumental event alongside Martin Davies in 1998 – the year I was born! – and was so proud to tell us all of his stories about previous crossings when my team and I were preparing in 2018. Nick loved dolphins, and we were proud to retain the infamous dolphin trophy for him. 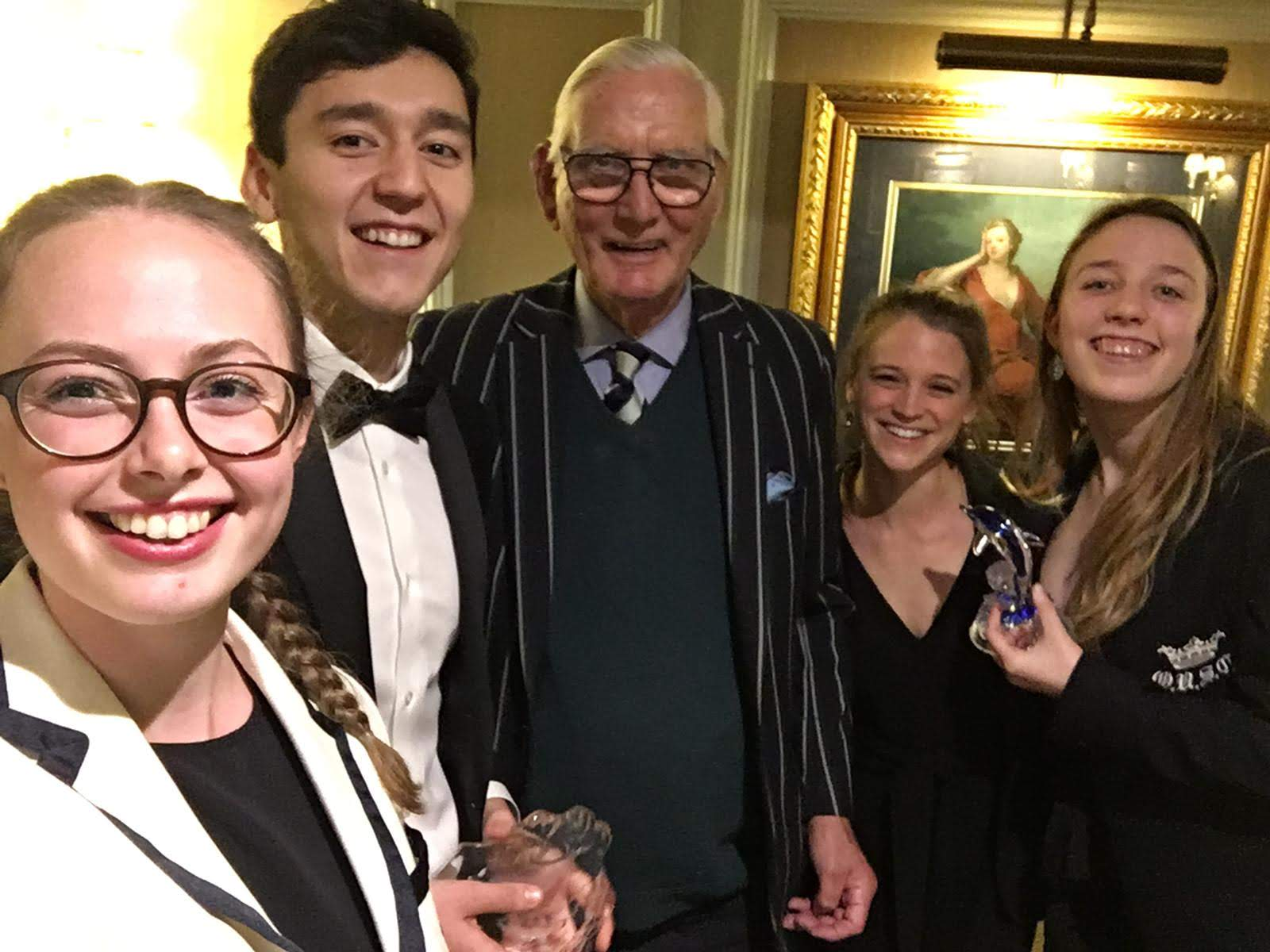 I will miss Nick greatly, but I take comfort knowing that I am not alone in feeling this. He was loved by all and his legacy at OUSC, and in all of our lives, will thrive for many years to come. No picture sums up Nick more for me, than this from the 2019 OUSWPA old members dinner. The absolute heart of the club, boundless energy at Varsity matches, supportive to all, and always willing to get stuck in.

We will all miss his incredible spirit. 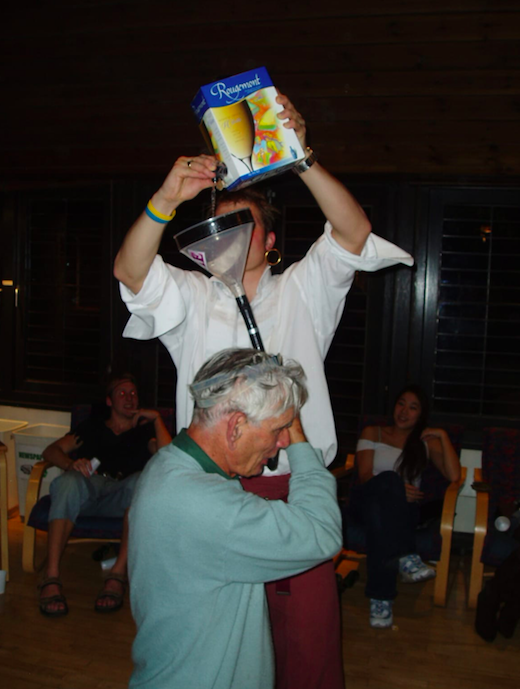 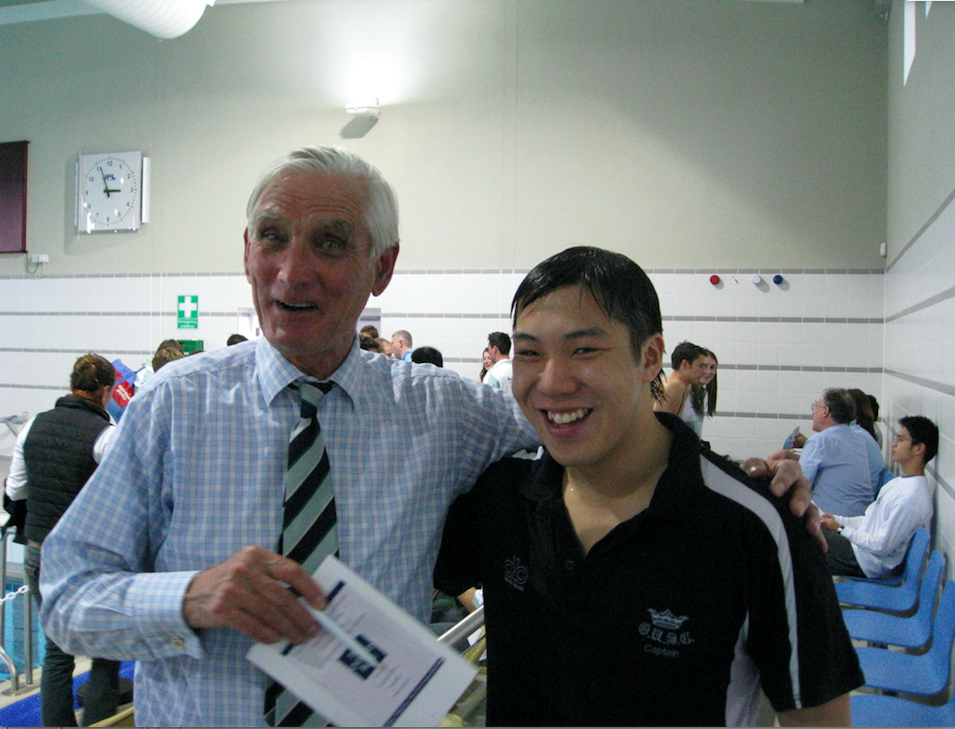 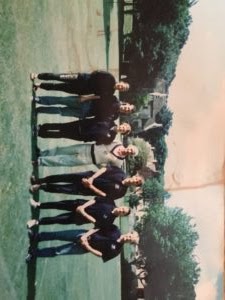 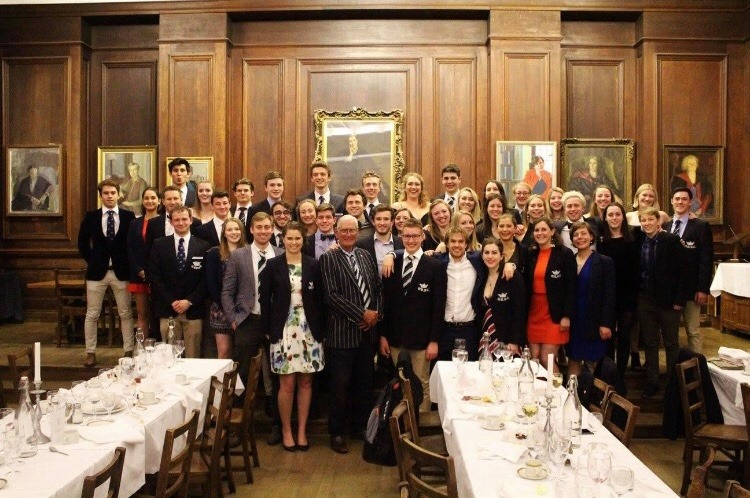